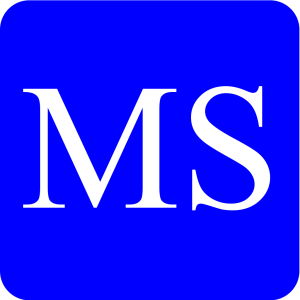 The manipulation of the British public has never been easier to achieve by successive UK governments, influenced by American social and labour market policies, when supported by the national press. With the Brexit chaos over the last few years, attention has been turned away from the ongoing identified preventable harm adopted by successive right-leaning British governments, via the Department for Work and Pensions (DWP), and the numbers of chronically ill and disabled people who were always destined to die as greed became more important than need when adopting neoliberal politics and reforming the welfare state.1

Due to an abundance of social policy reforms, which are commonly known as ‘welfare reforms’, DWP Ministers have successfully removed what was once the psychological security of the British welfare state which guaranteed an income if too ill to work, as chronically ill and disabled benefit claimants who are unfit to work now live in fear of the enforced work capability assessment (WCA) and some have been, quite literally, ‘killed by the state’.1

“The most radical reform in British social security policies since the 1942 Beveridge Report was promoted by the DWP as offering opportunity and releasing the potential of chronically sick and disabled people. The reforms have been described ever since by politicians as “supporting” those in receipt of long-term sickness and disability benefits to return to work; regardless of clinical diagnosis or prognosis which is completely disregarded by the WCA, rendering the assessment both meaningless and dangerous. The dismantling of the UK welfare state was first suggested by Margaret Thatcher in 1982, and the legacy of Thatcher’s neoliberal policy decisions continues to influence government policy, as the welfare state is systematically demolished by successive UK governments.” 1

Aided and abetted by the tabloid press, who willingly repeated the often excessive, bogus and dangerous claims of Iain Duncan Smith, who was the Secretary of State for Work and Pensions

for the coalition government, the chronically ill and disabled community who are unfit to work now live in fear of the DWP. They have been successfully demonised by the press and live in fear of undergoing yet another WCA, used to resist funding disability benefit often for a health condition that can’t improve. They also live in fear of the public reaction to their limitations as prosecuted disability hate crimes increased by 213% when Iain Duncan Smith held office at the DWP from 2010 – 2016.2

Where is the outrage by the British public when chronically ill and disabled people, who are too ill to work, are subsequently starved to death by a dangerous administration3,4 whose social policies include brutal sanctions, which means that the entire income of the chronically ill benefit claimant can be suspended. What do DWP Ministers think will happen if someone’s only income is stopped for months? How is anyone meant to survive when too ill to work when faced with an administration that refuses to believe them? 5

As an independent disability studies researcher, and former healthcare professional, I have been examining this growing problem of DWP enforced preventable harm over the past ten years.5, 6 The research established that the gradual demolition of the UK welfare state, to be eventually replaced by private health insurance, is the creation of Thatcher’s ‘dark legacy’7 and was always destined to lead to a human catastrophe with no-one claiming responsibility.8

“There can be no greater injustice than a democratically elected government terrorising their most vulnerable citizens for ideological purposes and perceived political gain. That’s especially true when that abhorrent activity is ongoing in a nation that is historically identified as being at the heart of democracy, the United Kingdom (UK). As the Conservative Prime Minister from 1979 to 1990, Margaret Thatcher was the first neoliberal politician in the UK. This American imported  political ideology places ‘the  market’ as  priority  over  all  political decisions, with future negative consequences for millions of British people guaranteed as ‘tolerated harshness’ in society became the norm, and greed replaced need as toxic neoliberal politics gradually swept the world. The UK adopted US neoliberal social policies, and has gradually migrated towards becoming an authoritarian state.”8

Since the adoption of the WCA to resist funding the Employment and Support Allowance (ESA), which replaced Incapacity Benefit in September 2008 as the long-term out-of-work disability benefit, the DWP have been obliged to publish ESA mortality statistics. Published in August 2015, the mortality statistics demonstrated that almost 90 people per month were dying following a WCA.9, 10 As the published statistics demonstrate, between December 2011 and February 2014, a total of 2,380 chronically ill and disabled people died after being found ‘fit for work’ following a WCA, with the DWP still disclaiming all responsibility or any possible link between the assessment and the recorded deaths.10 Since then, updated DWP mortality statistics have been published, now without any information relating to how many ESA claimants died after being found ‘fit for work’.11

Published in November 2019 by the Centre for Welfare Reform, Influences and Consequences12 is the conclusion to the Preventable Harm Project, which this researcher has conducted over the past ten years in my capacity as the independent disability studies researcher who identified the influence of corporate America with UK social policy reforms since 1992. It was the John Major Conservative government who invited Unum (Provident) Insurance to advise the UK government in 1992 and, by 1994, the company were appointed as official government advisers on welfare claims management. Unum were identified by the American Association of Justice13 in 2008 as the second worst insurance company in America, yet no-one it seems thought to challenge the significant influence this corporate giant would have on future British welfare reforms, as the psychological financial safety net of the welfare state was gradually and emphatically destroyed. 14, 15, 17

“The former DWP Chief Medical Officer, Mansel Aylward, moved from the DWP in 2005 to the then named UnumProvident Centre for Psychosocial and Disability Research at Cardiff University, with funding by the American corporate giant who sponsored the new research centre with £1.6 million. Together with Gordon Waddell, Aylward produced discredited ‘policy based’ research in the 2005 DWP commissioned report, The Scientific and Conceptual Basis of Incapacity Benefits which supported the DWP’s planned course of action to demolish the welfare state. DWP Ministers insisted they were helping chronically sick and disabled people to take responsibility for their own financial future by searching for employment. In reality, various reforms to social welfare policies allowed preventable harm by the State to creep into disabled people’s lives. The flawed Waddell and Aylward biopsychosocial (BPS) model of assessment was used by the DWP to justify the use of the WCA, and the excessive use of sanctions against ESA claimants are known to cause identified preventable harm, including starvation, for those least able to protest.” 14

As long ago as 2007 Professor John Langbein, the Sterling Professor of Law and Legal History at the Yale University School of Law, wrote an academic paper identified as ‘The Unum Provident Scandal’16  and exposed the company as being “…engaged in a deliberate program of bad faith denial of meritorious benefit claims”. Therefore, given the company’s disturbing reputation, the question remains as to why any British government would invite their guidance if genuinely concerned for those in greatest need?

“Under Chandler, Unum instituted cost-containment measures that pressured claims-processing employees to deny valid claims. Pressures peaked in the last month of each quarter, called the “scrub months,” when claims managers exhorted staff to deny enough claims to meet or surpass budget goals. Word of these practices began to emerge in lawsuits brought by former Unum claims-processing employees, and in investigative reports broadcast in 2002 by NBC’s Dateline and CBS’s 60 Minutes news programmes. Employees interviewed on the Dateline program disclosed that the claims that were “the most vulnerable” to pressures for bad faith termination were those involving “so-called subjective illnesses, illnesses that don’t show up on x-rays or MRIs, like mental illness, chronic pain, migraines or even Parkinsons.” The Dateline story pointed to an internal company email, cautioning a group of claims staff that they had one week remaining to “close”, that is, deny, eighteen more claims in order to meet desired targets.”16

The ongoing preventable harm of those in greatest need by the DWP has negatively impacted on public mental health, as chronically ill and disabled people who are unfit to work feel persecuted.15 This relentless attack against those in greatest need is identified as ‘State Crime by Proxy’17 and, as long as politicians continue to manipulate the British public when aided by the national press, the chronically ill and disabled community will continue to live in fear of the DWP. Many more chronically ill people will be, quite literally, ‘killed by the state’1 as preventable harm is not only government policy but it now appears to be accepted by the British public as being the norm.2, 17

1 Killed by the state

4 Disabled man starved to death after DWP stopped his benefits. The Guardian 2020

5 Cash Not Care: the planned demolition of the UK welfare state

7 Margaret Thatcher left a dark legacy that has still not disappeared. The Guardian, 2003

8 The impact of neoliberal politics on the welfare and survival of chronically ill and disabled people, Chapter 1. An extract from of the Routledge Handbook of Disability Activism, 2020

10 Thousands have died after being found fit for work, DWP figures show.

12 Influences and Consequences: the conclusion to the Preventable Harm Project, 2009 – 2019

The American Association of Justice, 2008

The Journal of Critical Psychology, Counselling and Psychotherapy